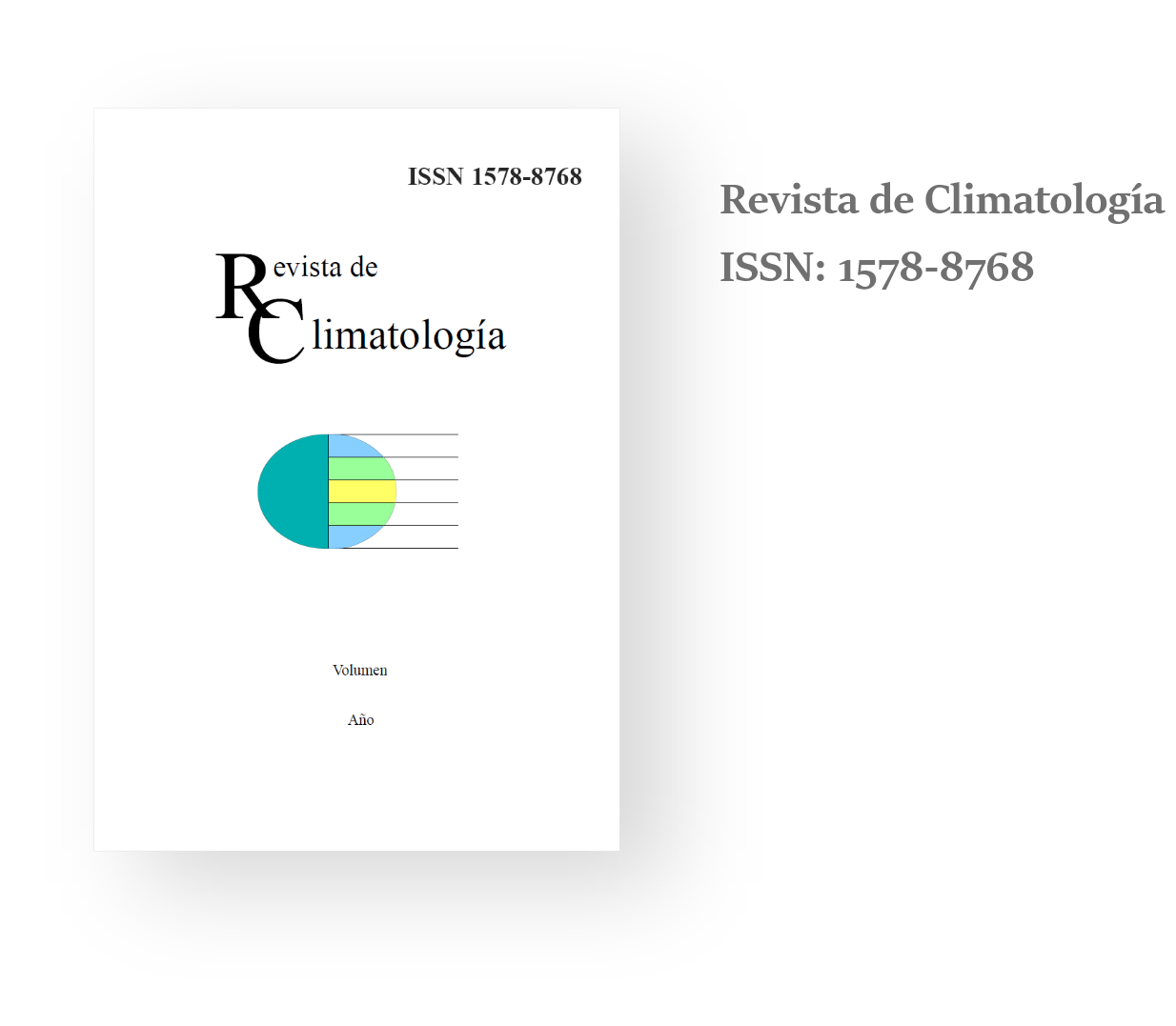 Proposal for municipal budget execution to improve decision-making, in populations of areas with tropical forests in Peru.

The objective of the research was to determine a budget execution proposal to improve decision making in a municipality in a tropical forest area of Peru: Provincial Municipality of Loreto – Nauta, 2022. The research was applied with a non-experimental, quantitative, descriptive and propositional design. The population and sample consisted of 56 collaborators. The technique was the survey and the instrument was the questionnaire.

Estimation of missing temperature data by combining IDW and a truncated Fourier series.

The state of Jalisco presents a high climatic diversity due to its geographical location and its varied landscape. The recorded data, from 1961 to present date, have several problems, the most important is the large amount of missing data. To circumvent this issue, a two-stage method for estimating missing data is proposed; the first uses an unsupervised algorithm; hence it does not require historical data. The second uses supervised interpolation for correcting the error from the first one.

Management of household solid waste and its impact on environmental quality in the urban city of Laredo, 2021.

The purpose of the research was to determine the influence of the quality of outpatient medical care on the complaints and claims system at Albrecht 2020 hospital. This research was quantitative, cross-sectional and causal correlational. The sample consisted of 146 users of the external consultation; the instruments were valid and reliable. The information was processed with SPSS V26 software. The results were presented in frequency distribution tables. The survey technique was used with two Likert scale questionnaires. The in-formation analysis was carried out using descriptive and inferential statistics, as tools for data processing, the statistical program SPSS, version 23, was used.

Evaluation of climatological series provided by Reanalysis databases for a locality in the center-north of Venezuela.

The management of meteorological information is essential in the planning of agricultural systems. For this reason, it is necessary to have meteorological series with long, complete and quality data. In its absence, an alternative is to use of reanalysis series, provided they present good precision to the meteorology from which they are evaluated. In this research, the precipitation, maximum and minimum temperatures of the ERA 5, Merra 2 and Terra climate reanalyses were assessed, on a daily and monthly basis, with respect to the series of the INIA CENIAP station, in Venezuela.

This study referred to Public Policies to address droughts in Peru, alluding to the National Strategy to Combat Desertification and Drought in Peru (ENLCDS) as an important management instrument that promotes the participation and mobilization of public and private actors, to execute actions aimed at promoting sustainable land management (SLM), this article being of value because it brings dimension the call to the Peruvian institutions responsible for this problem to be able to prioritize it because Peru is one of the countries with the largest extension of drylands in South America, where drought can cause greater consequences; describing the meteorological droughts in the province of Candarave, Department of Tacna; Peru.

This article presents a short but concise review of one of the most used techniques in signal processing, the wavelet spectral analysis (WSA) via the continuous wavelet transform (CWT) for the uni- and bi-variate cases. This mathematical tool is very useful to analyse any kind of data that are not stationary, that is, data that their main statistical properties (such as the mean or the variance) can change with time.

This article estimates the behavior of the weather in Seville during the 16th century. In particular, the period between 1519-1522, which coincides with the first circumvallation of the globe by Elcano Magallanes. The beginning and end of said voyage was the river port of Seville, exactly 500 years ago this year. The urban conditions of the city in the face of climatic risks are described and documentary information, collected from different historical sources, details the most relevant weather. This enables us to examine the climate history within the context of the general history of the city.

The effects of climate change that are being generated worldwide, the governments of the world are concerned and committed, through the development of environmental policies to reduce and / or mitigate harmful natural disasters in the society and economy of the peoples. Therefore, the Peruvian government raises the need to reduce pollution from the main productive activities, through the implementation of standards that allow regulation and regulation. In this context, the research aims to evaluate the effectiveness of environmental policies against climate change in Peru.

The objective of this paper was to evaluate a series of monthly rainfall by a multinomial logistic regression model in order to compare the trend, seasonality and presence of outliers of monthly precipitation. For which were used data from San Cristobal weather station in Tachira state and simulated series of models of extreme events; Pearson Type III, Type I Gumbel, Log-normal and log-Pearson Type III.

The objective of the present work is to study the behavior of the indicators of climatic extremes in Sagua la Grande, Villa Clara. The data used were the series of maximum temperature (Tx), minimum temperature (Tn) and precipitation (RR) in the period 1977-2017. They are part of the data file of the Villa Clara Provincial Meteorological Center (CMP.VC); as well as the daily series of precipitation of the pluviometric network of the Villa Clara Hydraulic Utilization Company (EAH-VC). The Rclimdex-extraQc software and the RH-Test tool were used.

Environmental awareness in university students in Lima through the mathematization of climatic elements, in times of Covid-19.

Analysis of meteorological drought in a tropical savannah region of Venezuela, by comparing four drought indices.

The objective of this study was based on the analysis of meteorological drought in a tropical savannah region of Venezuela, by comparing four different drought indices. The information used for the study was obtained from the record of meteorological data, from monthly precipitation series of the agrometeorological station “Ciudad Bolivia”, located within the experimental field of the INIA in the state of Barinas; for the period 1971-2016.

Detection of meteorological droughts in a tropical dry region of Venezuela, during the period 1982-2015.

The objective of this study was based on detecting meteorological droughts in a tropical dry region of Venezuela. The information used for the study was obtained from the meteorological data record, coming from monthly precipitation series of the meteorological station “El Tigre Automática”, located within the experimental field of the INIA of the Anzoátegui state, for the period 1971-2016.

Comparative analysis of four indices for the characterization of meteorological droughts in the town of El Tigre, Anzoátegui State, Venezuela.

The objective of this study was based on the comparative analysis of meteorological drought events characterized by the application of four indices, in the town of El Tigre, Anzoátegui state. The information used for the study was obtained from the record of meteorological data, from monthly precipitation series of the meteorological station “El Tigre Automática”, located within the experimental field of the INIA of the state of Anzoátegui, for the period 1971-2016.

An urgent need exists for improved water availability forecasting and monitoring for human activities in response to accelerating climate change. More recently, such planning is under great deal of pressure due to Coronavirus disease 2019 (COVID-19) pandemic and an increasing demand of a reliable provision of clean water for sanitation. The present study analyses spatial and temporal precipitation dynamics as response to very distinctive extreme hydroclimatological events historically affecting the Daule-Peripa Reservoir located in Coast of Ecuador, one of the most climatic vulnerable regions from the Pacific coast of South America, and analyzing the results in terms of foreseeable SST trends.

Analysis of extreme climatic events associated with excessive rainfall and meteorological frosts in the Cundiboyacense high plateau of Colombia.

Excess rainfall and meteorological frosts are adverse phenomena in agriculture, which cause irreparable damage to the physiology of plants, reducing the biomass productivity of plants. In order to establish those areas of greatest threat to such phenomena, the analysis was carried out for a period of 30 years, using 37 daily climatic series of precipitation and 23 of minimum temperature, located along the Cundiboyacense high plateau, in the central Andean region of Colombia.

Comparison of four indices for the characterization of meteorological droughts in the town of Guanare, Portuguesa State, Venezuela.

The objective of this study was to compare the results of four indices for the characterization of meteorological droughts in the town of Guanare, Portuguese State. The information used for the study was obtained from the record of meteorological data, from monthly precipitation series of the Airport-Guanare weather station in the state of Portuguesa, for the period 1982-2015.

The expansion of the South American Arid Diagonal as a consequence of the droughts.

In recent decades, average rainfall in arid-semi-arid zones has been reduced to normal values or lowers than these, in a return to drier climatic conditions. Inter-decadal averages of precipitation are falling relative to the previous long rainy period of 1950-2000.

Calibration of the Hargreaves equation to calculate the reference crop evapotranspiration (ETo) in Salto, Uruguay.

At the global level, agriculture is the main consumer of water with more than 70\% of the use, using it with an efficiency of around 40\%. The decrease in the water available for agriculture requires that the efficiency of use be increased. One way to increase this efficiency is to accurately quantify the water needs of crops for proper irrigation management. Water needs can be estimated from the reference crop evapotranspiration value (ETo).

Quality control and homogenization of climatic series for the calculation of extreme climatic indicators in Cuba.

The calculation of the indicators proposed by the Group of Experts in Detection and indicators of Climate Change includes a meticulous process of quality control of the daily series of rainfall, maximum temperature and minimum temperature. Once this process is completed, the data should be subjected to a test of homogeneity, leaving for the analysis only the data series that contain information only due to climate variations and are free from alterations in the measurements due to other causes.

Speed and size of raindrops in the period august-september 2020, in Valencia, Venezuela.

The calibration of meteorological radars and the forecasting of disasters caused by high intensity rainfall, together with the assessment of the erosive effect of rainfall require local and seasonal knowledge of the rate and intensity of rainfall. For this it is necessary to evaluate the speed and average size of the raindrops. The results obtained for the precipitations of the rainy period (August-September) in the city of Valencia (Venezuela) are presented, carried out by means of an infrared dysdrometer.

The objective of this work is to study the behavior of the indicators of climatic extremes in Sagua la Grande, Villa Clara. The data used were the series of maximum temperature (Tx), minimum temperature (Tn) and precipitation (RR) in the period 1977-2017. They are part of the data file of the Provincial Meteorological Center of Villa Clara (CMP.VC); as well as the daily precipitation series of the rainwater network of the Villa Clara Hydraulic Utilization Company (EAH-VC).

In Cuba, the studies related to the behavior of the climático extreme index of temperature have revealed an increasing trends of extreme hot events and a decreasing in cold ones in most of the meteorological stations analyzed. The objective of this research is to analyze the changes in the trend of these index and their relationship with some factors and elements of the climate in the central region of Cuba during the period 1980-2017.

The Revista de Climatología (ISSN 1578-8768) keeps the editions from 2001 to 2020 on its old website http://www.climatol.eu/reclim  where they will be hosted and you can consult by clicking on the link or image below. 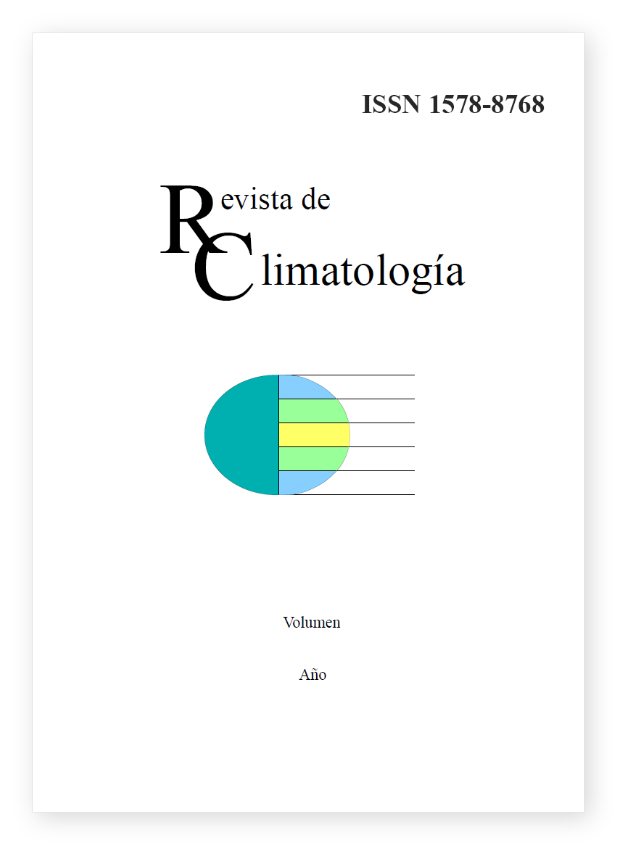 The Revista de Climatología (ISSN 1578-8768) is an independent, international and free scientific journal (for readers and authors).

Indexed on the following platforms: 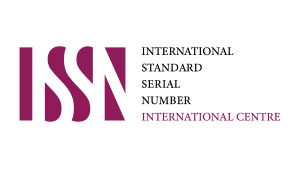 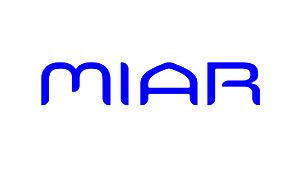 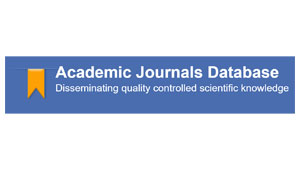 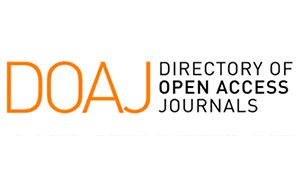 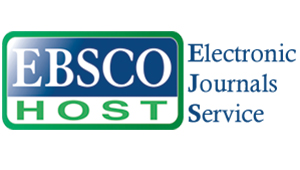 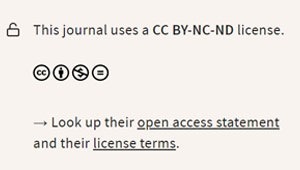